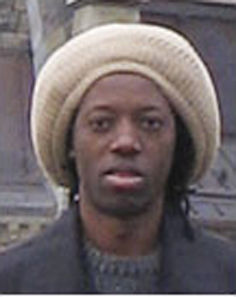 Like most International students before me, the prospect of pursuing studies in a foreign country, was simply irresistible. The challenge was to choose a destination that would not only satisfy my academic goals, but also offer new perspectives and ideas. An opportunity to learn about a different language and culture was also enticing. Suddenly, it was clear – UPPSALA UNIVERSITY, SWEDEN!

The journey here was influenced by three considerations. Foremost, I developed a curiosity about Scandinavia – a region of innovation and high education standards. Secondly, the University’s reputation as a world class institution with a tradition of Nobel Prize scholars was very attractive. Moreover, the administration at IBG was very courteous and professional, in providing all necessary information throughout the application process. Once I had decided to come to Uppsala, the next step was to familiarize myself with the country and region at large. Previous encounters with Swedish students in my native Montréal had only provided a glimpse into Scandinavian culture.

My first impressions were those of a people with a calm temperament and environmental consciousness. I could also relate to the harsh winters.

On arrival at Uppsala, two key landmarks define the landscape: the Cathedral (Domkyrkan) and the Castle (Slottet.) The Cathedral is the oldest in Scandinavia, while the Castle dates back to the 16th century. Despite her small size, Uppsala is nevertheless a welcoming student city with charm and tradition. The royal Swedish dynasty, as well as the Viking founders can both be traced to Gamla Uppsala. Moreover, those with a preference for the big city life style are only 40 minutes by train/bus to Stockholm. The most efficient way of getting around town is by bike.

Perhaps the most exciting aspect of studying at Uppsala University, is the fact that courses are carefully designed to maximize learning. Students usually take a single course for 2 months, with emphasis on integrating the practical aspects to the theoretical background. Laboratory experiments compliment the theory. Seminars are also held, to foster discussion of current research topics in small groups. Finally, presentations are used to train coherent communication of subject matter. The caliber of professors, quality of courses and teaching methods, reinforce the University’s reputation as a world class institution.

A recurring theme when applying to the University is the difficulty in finding accommodation. International students usually benefit from arranged affordable housing, at least during the first 6 months of stay. Most students live in Flogsta, Rackarbergsgatan and Kantorsgatan. A favorite for most International students is Flogsta, which offers numerous activities and a festive ambiance. It is however, further from the city center. I will describe my experience at Eklundshof, situated a few blocks from the Ångstrom laboratory. This residence is centrally located between my classes at the BMC and the city center. Student rooms are clean, well maintained and adequately furnished. Corridors are shared by both Swedish and International students, most of whom I found sociable and welcoming. Night outs at student nations, were held on weekends, birthdays and holidays. Special nights at the nations include: Tuesdays at Snerikes, Thursdays at Stockholm’s and Värmland Fridays.

After several months in Uppsala, I am able to pass along a few tips to incoming International students. Foremost, treasure your experience here and don’t hesitate to engage some of your quieter, calmer classmates. Secondly, although Swedes speak impeccable English, it’s worthwhile to learn a few Swedish phrases. Free language lessons are currently only offered to exchange students. They should eventually be available to all International students. Thirdly, the education system here is mostly informal, as such professors are very approachable. Lastly, though not least, it is customary to remove one’s shoes before entering a Swedish household.

In brief, Uppsala has lived up to its promise. I am impressed with the caliber of professors, quality of courses and teaching methods used. Student life is also comfortable, relaxed and fun. While there’s still a lot to learn about Swedish language and culture, it’s finally safe to say that I am approaching new horizons at Uppsala.